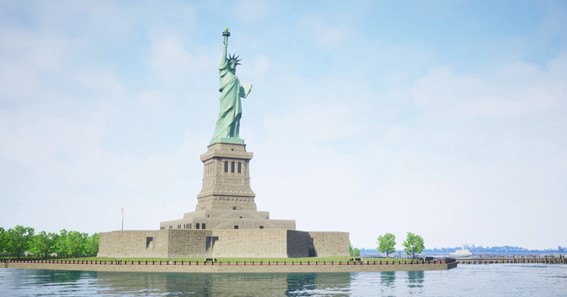 You must learn about what are the famous statues in the world. Humans have created idols for all kinds of purposes and in all shapes since early times. Unlike painting, the sculpture is a three-dimensional art, which allows you to see a piece from all angles. Created by artists spanning centuries and in media ranging from marble to metal, the most famous Statue of all time is immediately notable. These extraordinary works of art, be they ancient, medieval, or modern, subtly reveal the best of the era. So let’s start our today’s topic of famous statues.

In the below list of the most famous statues, I mention some of the iconic statues.

From the above list of famous statues, there are 11 statues. Let’s know more about them. The United States’ famous statues are The Statue of Liberty a giant neoclassical sculpture on Liberty Island in New York Harbor in New York City. Since 1886, the statue has been owned by the United States and today stands as a symbol of freedom and democracy. The statue’s copper torch was later replaced by a 24-carat gold torch that could be seen from afar. 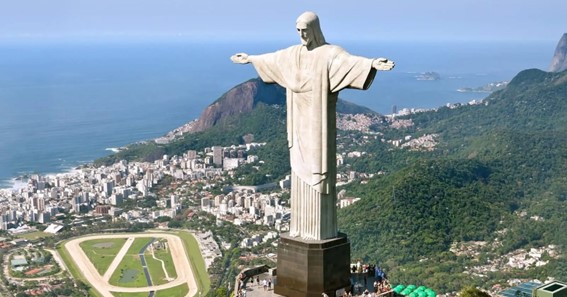 Christ the Redeemer is an Art Deco statue of Jesus Christ in Rio de Janeiro and a famous statue in Brazil. Designed by French architect Paul Landosky and built by Brazilian engineer Heter da Silva Costa in 1931 in collaboration with the French engineer Albert Caquot. It is a prominent attraction in Brazil as well as famous statues around the world. 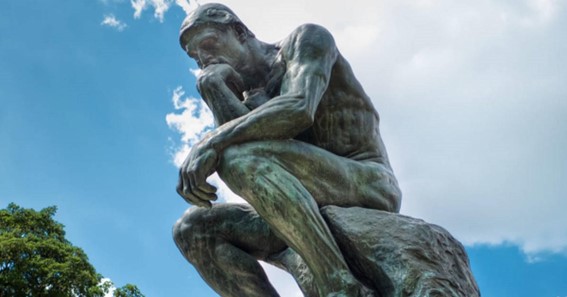 The Thinker is a bronze sculpture by Auguste Rodin, usually placed on a stone plinth. In this work, a nude male figure sits on a rock with one hand resting on his chin. The statue is surrounded by a vast garden and museum. The statue is located in the heart of the city and is a famous statue in Europe, so reaching it is not difficult at all. 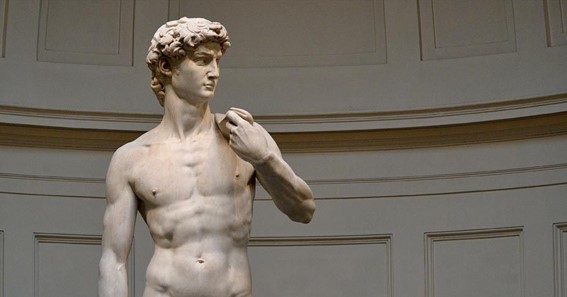 A famous statue David is a masterpiece of Renaissance sculpture made in marble between 1501 and 1504 by the Italian artist Michelangelo. The David is a 5.17-meter marble statue of the biblical David, a favorite subject of Florentine art. Of all the classics of the Renaissance era, Michelangelo’s David is by far the greatest creation and one of the most famous Italian statues. 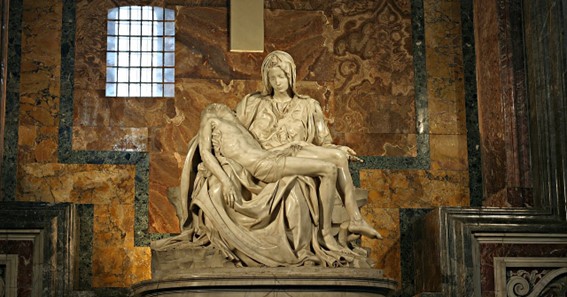 The Pieta is a major work of Italian Renaissance sculpture by Michelangelo Buonarroti, now housed in St. Peter’s Basilica, Vatican City. This is a famous statue in Italy and the first of many works by the artist on the same subject. The statue was commissioned for the French Cardinal Jean de Bilheres, who was the French ambassador to Rome. 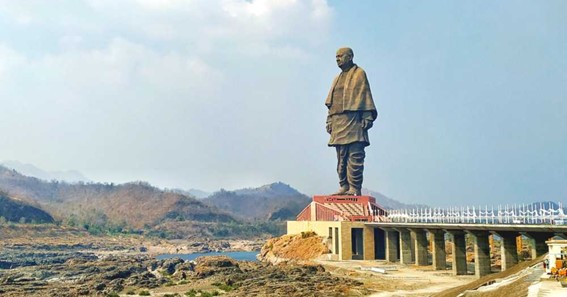 The Statue of Unity is one of the tallest and 7 famous statues in the world, with a height of 182 meters, located in the Indian state of Gujarat. At the base of the statue is a museum showcasing the life achievements of Sardar Vallabhbhai Patel. He is fondly known as the Iron Man of India who worked for the welfare of farmers. 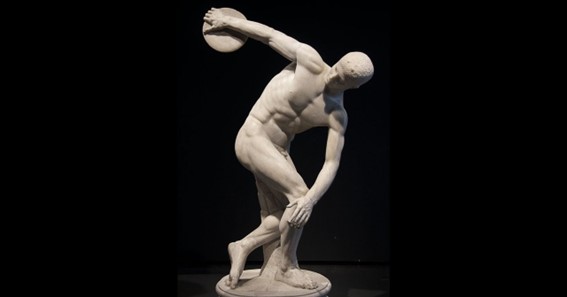 The Discobolus of Myron is an ancient Greek sculpture completed in the classical periods between 460 to 450 BC. The work is known for its numerous Roman copies, both in full marble, which is cheaper than bronze and it became a famous marble statue. 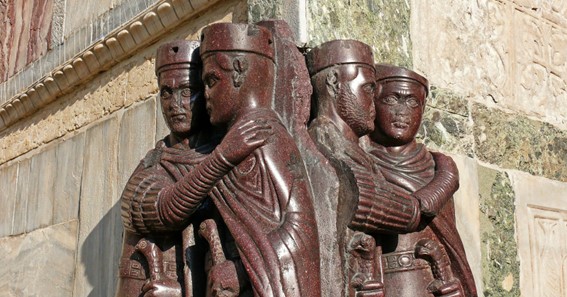 A famous Romas statue means a portrait of the Four Tetrarchs is a porphyry sculptural group of four Roman emperors dating from around 300 AD. A sculptural group has been fixed to a corner of the facade of Saint Mark’s Basilica in Venice, Italy since the Middle Ages. It probably formed part of the Philadelphian decoration in Constantinople and was removed to Venice in 1204 or soon after. 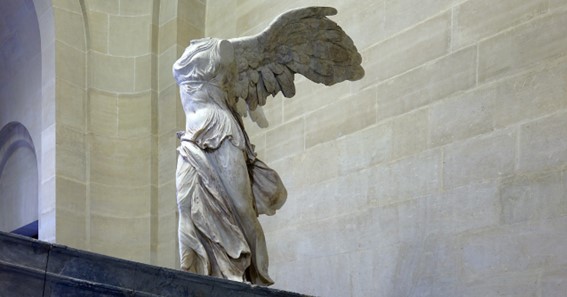 The Winged Victory of Samothrace is a famous statue in the Louvre, better known as Nike of Samothrace, is a votive monument originally found on the island of Samothrace in the northern Aegean Sea. It is a masterpiece of Greek sculpture from the Hellenistic era, dating to the first half of the second century BC. 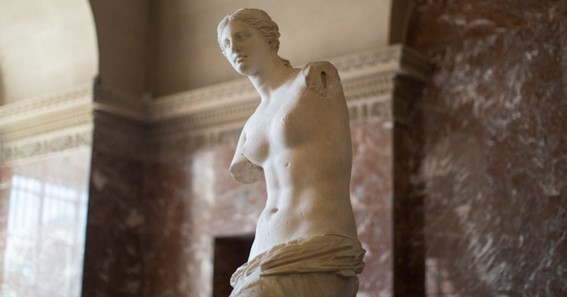 The Venus de Milo is an ancient Greek sculpture created during the Hellenistic period, sometime between 150 and 125 BC. Venus de Milo is believed to be the Greek goddess of love, Aphrodite, whose Roman counterpart was Venus. It is a famous statue in museum in Louvre.

What Is The Most Visited Statue In The World?

Even so, Our Lady of Paris stands tall and consolidates as the most visited monument in the world.

What Is The Oldest Statue Still Standing?

Prehistoric. The Venus of Berekhat Ram, an anthropomorphic pebble found in northern Israel and dated to at least 230,000 years before present, is claimed to be the oldest known statuette.

Which Is The World Latest Statue?

The recent astonishing colossal structure, Statue of Unity, is the highest statue in the world. It is a fitting homage to Sardar Vallabhbhai Patel, known as the ‘Iron Man of India’.

What Is The Heaviest Statue On Earth?

Who Is The Statue Of God?

The Statue of God was a gigantic stone copy of the Absolute Being with glowing red eyes, black sclera, and a cruel smile.

Now you have sufficient knowledge regarding the statues, and I told you where they are located. One of the first statues, a 29.6 cm tall lion man, was created around 32,000 years ago. The famous statues on our list were designed to stand outside to withstand all the elements, although some have been moved to museums since their creation. Most of these famous sculptures can be recognized even by the casual viewer. Each of these statues is unique and indicate the place where it stands today. The above article was all about famous statues. 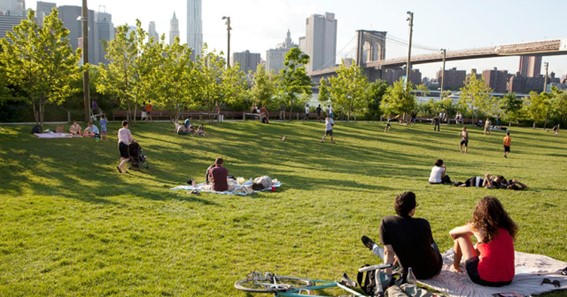 Today I will introduce you to the famous parks in New York. We all like to spend time in parks. We will share here all the information about New York 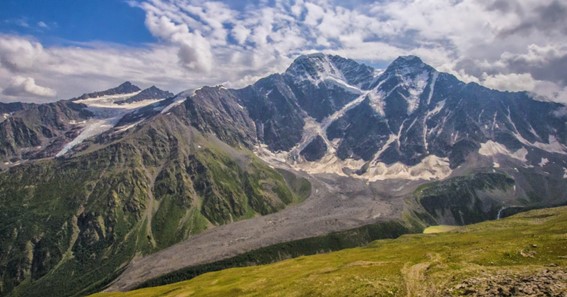